A mother who lost her son fourty-six years reunited with him last week.

The reunion was the culmination of a journey, which saw Emi Aiono Frost, 67, her children and grandchildren, return to Samoa to find the child she never had the opportunity to raise.

It was a nervous time. The mother wasn’t sure if she would find him. She also had doubts about how he would react if she did find him.

But this story has a happy ending. In reuniting with her son, Tavita, Emi said she has fulfilled her last wish if she were to die now.

Emi was separated with her son when he was 8-months-old in the 1970s. She was 18-years-old and had just returned from Pagopago with her mother to build a family home on a land at Fa’atoia.

It was at Fa’atoia she met the young lad who got her pregnant. What happened to her wasn’t anything she had planned and she admitted she was afraid.

She found out she was pregnant with twins and had asked the father of her unborn children if she could go to her family at Fasito’o to give birth there.

Her mother had already returned to Pagopago but Emi stayed with her brothers and sisters at Fasito’o.

“He dropped me off at my family and he was to visit me when I give birth,” Emi recalled.

When she gave birth, he never came around. What’s more, the eldest of the twins was stillborn.

Heartbroken, Emi named her son Tavita and was set on raising him despite the criticisms from the villagers about giving birth without a husband.

Eight months later, Emi’s mother returned from Pagopago. She wanted Emi to help her in Pagopago as she was sick. Emi said she left Tavita with her siblings so she could take care of her mother.

Three months later she returned only to find that Tavita had been taken from her family. She was told by her siblings that the woman, who claimed to be the sister of the man who impregnated her, wanted to take Tavita to hang out with them. She never returned him.

“I cried and asked my brothers to find my son,” said Emi.

“He is not anyone else, he is the father of your child and our advice to you is leave the boy with him and you go and find a better future.”

Emi said as hard as it was to forget about her, son she accepted her brothers’ advice and moved to New Zealand. Some years later she got married and had two children. For all those years though, Emi felt incomplete.

“I moved away and had another family but there was still something missing in me,” she said through tears. “I never stopped thinking about my son and where he could be. I felt that there was a missing parcel of my heart and it weighed on me for all these years that I left. It was something that I had kept with me for so long and it burdened me so much.”

The mother said for all those years she was away from Samoa she had never stopped asking people she came across if they knew anything about her Tavita.

There was little luck and Emi then told her children about her dying wish.

“I told my two children that there was one thing I wanted them to do for me. I told them I want to find my lost son and I cannot die without a last attempt to look for him…I said to my kids please help me find my son.”

Without hesitation, Emi’s children accepted their mother’s request and then planned a holiday to Samoa two weeks ago. Before they came, Emi and her children had been contacting families in Samoa to track down Tavita.

Two Sundays ago Emi arrived with her children and grandchildren in Samoa.

The plan was to start their search the very next day. On Monday Emi and her children and grandchildren hit the road and picked up a family friend named Simi at Apia Park to help them navigate.

The first stop was at Lauli’i where Simi had approached a villager for anyone living in the village with the name Tavita.

“We were told there were three different Tavitas in Lauli’i,” said Emi.

“I was told that the first Tavita that we will go to is a man who had similar features to me. We approached him and when I asked what his father’s name was he said someone else’s name that I was not familiar with."

“I then bowed my head and told him he wasn’t the Tavita we were looking for.”

The second house they stopped at they saw an elderly man walk out.

“I looked at the man and he looked older than my father,” said Emi. “He told me he was the one named Tavita. I then handed him some money and told him we apologise but he was not the person we were looking for.”

It was now down to the last Tavita in Lauli’i. Emi said when she asked how old the third Tavita was they were told he was in his mid 20s.

The family then decided it was not worth going to the house because he was a lot younger than the Tavita they were looking for.

Continuing on the road and not losing faith, the family headed for Lotofaga. Emi said the man that got her pregnant married a woman from Lotofaga and she wanted to check if by any chance she had looked after Tavita.

They finally reached Lotofaga and approached a villager for some helpful information. The family was told the Tavita they were looking for had changed his name and lived just down the road. It was past noon and the family had hoped the next stop is the final one.

However, when they got to the family the man that they approached said he was the son of the woman that married Tavita’s father.

“He said to us he also has an older brother with a different mother and his name is Aitulagi living in Lauli’i,” said Emi. “I knew that was my son but we didn’t find him because his name has changed. We left right away and came back to Lauli’i.”

By the time the family reached Lauli’i it was 5 o’clock in the evening. The direction the family was given is the last house in Lauli’Ii before a cliff. Once they got there the family car stopped down the road and Simi ran up to ask for any person by the name of Aitulagi.

“Simi said when he got up the hill he approached a man who identified himself as Aitulagi,” said Emi. “Simi had asked him if he could come down the road there was a woman and her children that wanted to meet him. Simi said that Aitulagi straight away asked if the woman’s name was Emi where he responded yes.”

While Tavita who is now known as Aitulagi walked down the hill, Emi said she had no doubt that was her son.

“I felt it in my blood when I saw him walking down the road that it was him,” she said. “The way he walked it was as if I was seeing one of my brothers that had died walking towards me.

I felt it with every ounce of my being that this is my son and no one had to spell it out to me that it was him.”

Emi said at this point she turned to the sea and turned her back to her son.

As Aitulagi was approaching the family, he greeted the children and started to walk towards Emi.

“When I turned my back to him I was crying thinking and not knowing what he had in mind,” said Emi. “I didn’t know if he blamed me or not. I had all these questions in my mind. When I turned around and looked at him I said to him, come. He then came to me and just cried on my shoulder as if he was that child again crying on me.

“I asked him for his forgiveness and I was ready to accept it if he blamed me.”

The mother and son shed tears of joy that they have finally found each other.

When Emi asked Aitulagi if he can ask his wife to let him come with the family to catch up, he requested that they go right away. According to Emi, her lost son had also been looking for her too.

In 1992, Aitulagi went to New Zealand through the Regional Seasonal Scheme to pick fruits and he used the opportunity to find his mother.

“He was looking for me all over New Zealand,” said Emi. “At the time that he was looking for us there we had already left for Australia. He said he also went to Australia to pick fruits in Canberra and Melbourne where he continued his search for me…it was hard to find him with his name changed and the birth date also altered.”

Although Aitulagi had not met his mother, he only knew her name and by remembering her he named one his daughter’s after Emi. Emi said the reunion had lifted the burden she had carried for years and she has found the missing parcel she had longed for.

However, the reunion was a bitter sweet meeting when she later found out that it was Aitulagi’s son that died from the fire at Lauli’i.

“When we were talking he said to us that he had just returned from picking fruits when he came home to hear about the devastating news of the loss of his son,” said Emi.

“They had lost everything from that incident. The children had no bed sheets and clothes and he was faced with another task to find help for his family.”

About three boxes containing different food items like sack of sugar, rice, corned beef and clothes prepared by Emi in Australia to distribute to her brothers children in Samoa were all given to her son.

Emi said the boxes were for the extended family but she knew that her son needed the parcels more.

The family had a family feast at Paradise resort last weekend with Aitulagi and his family.

Aitulagi is now 47 years old and has put an end to his search for his mother as well.

Some will ask why Emi wanted to share her story.

The mother said she was pushed by her children to share her story with hope it will help someone else.

“I decided to share my story because I wanted to help mothers out there who are feeling the same way I feel,” she added.

Emi returned to Australia this weekend with her other children and is keeping in contact with her son that was once lost.

She acknowledged the support of the Purcell family, the Winterstein family for their help in finding leads to find her lost son.

She also gives special thanks to Simi who she described as the angel that guided them through their search on island for Aitulagi. 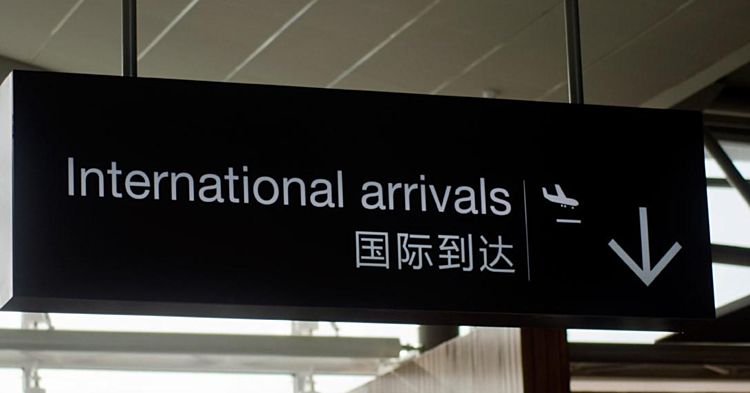 “Our broadband data and international calling is temporarily down due to unforeseen issues with our gateway. “Our technical services teams are working to restore service.” 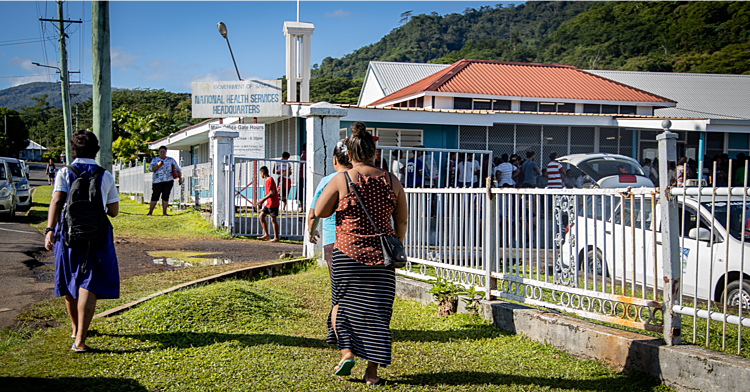