Taste of the islands

Waiting with anticipation for the cultural show at the S.T.A. fale yesterday, which was running on island time to add authenticity to the Samoan experience, Anna of Australia chatted to the Dear Tourist team about her travels through our friendly islands.

Prompted by her sister, who is in Samoa currently on an Australian volunteer programme, Anna embarked on a journey to Samoa to join her sister so that she could witness the beautiful people and tropical scenery her volunteer sister spoke to her about.

“My sister is doing the Australia volunteer programme. She’s been here for about three months and she loves it. She said it was a beautiful country and she loved the people so I thought I’d come over for a quick holiday and visit her and see the sights but yeah I’m really excited to be here.”

Seeing Samoa for herself just two days ago, Anna made up her own mind about the scenery which was not too far from her sister’s experience.

“I thought it was just beautiful, just with lots of nature around. We went to the fish markets which I thought was a very interesting cultural experience. It was just really cool to see everyone bring out what they have harvested themselves.”

Even though she didn’t know the names of the Samoan food she tasted in the past couple of days, the taste was on the other hand, unforgettable.

“The food is very tasty, very different to what I’m used to. I can’t remember what it’s called, but I love the leaves with the coconut cream inside of it (palusami). Very tasty.”

“I had some raw fish the other day, it was in a broth of coconut like a cold soup (oka), that was very tasty. But yeah all the food I’ve had has tasted great.”

Anna is an outdoor enthusiast getting as much time in nature.

“I hiked up to the crater lake yesterday, I don’t remember what it was called (then I went on the coastal walk and visited a waterfall – it was really beautiful and had lots of fun. Very tiring, but awesome.”

“We are going to go to the markets tomorrow and then To Sua Ocean Trench on Thursday and the cave pools and visit the giant clams.”

While Anna recommends Samoa as a tourist destination, she does however offer some practical advice for first time visitors coming to Samoa after breaking the first cardinal rule of climate appropriate clothing in Samoa. Learning why white is mostly worn on Sundays in Samoa, Anna wanted to make sure that no one repeats her fashion faux pas.

“I would definitely come back here, but I would recommend to anyone who comes to visit Samoa not to bring white clothing,” she said.

“I wore white yesterday and it’s basically orange now from the red mud and dirt,” she laughed. 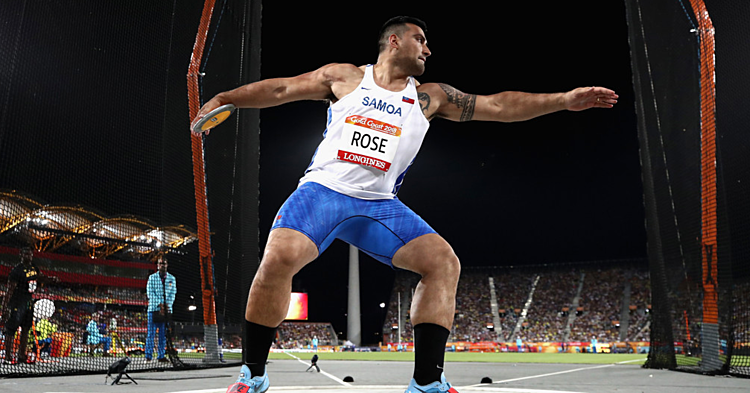