Since the introduction of beekeeping in Samoa as a potentially viable commercial industry in the 1970s, the local demand for honey has increased drastically.

With the collapse of the first beekeeping company – Samoa Bee & Honey Co. Ltd (S.A.B.H.O.) – in 1989, efforts to try and maintain the supply and demand chain for honey has always been a challenge for beekeepers.

Two long time commercial beekeepers in Samoa, Leicester Dean and Raymond Voigt, spoke to the business team of the honey shortage widely experienced in Samoa at the moment.

Mr. Dean and Mr. Voigt have been part of initiatives to revive the beekeeping industry six years after the collapse of S.A.B.H.O. by maintaining enough bee colonies to supply the demand for honey in the local market.

According to the gentlemen, the present honey shortage is not isolated to only Samoa, but is experienced worldwide because of climate change, exotic bee diseases, the excessive usage of agricultural chemicals such as pesticides, herbicides which kill foraging bees, and is compounded with shrubs, bushes and vines, forest and fruit tree flowers.

For Samoa, they admitted the continuous wet weather is a challenge for beekeepers on both Upolu and Savaii.

“The rain water expels the nectar, which the bees need for food and to feed the thousands of young bee brood and emergent worker bees within one hive,” Mr. Voigt said.

“Without the adequate supply of nectar and pollen, the queen bee limits her egg laying from 1000 eggs per day to maybe 200 to 300 just to keep the hive alive and going through periods of scarcity until the weather becomes suitable to provide new bee food supplies.”

“Beekeepers are not harvesting at present because the bees in the hive would starve and die out. During this period of honey shortage, most hives in Samoa are being fed raw sugar or white sugar syrup as a supplement to keep the hives alive until sufficient nectar bearing blossoms emerge.

“That period is known as the honey flow,” Mr. Dean added.

Honey importation has been prohibited under the Importation Prohibition Order of March 2000 to preserve Samoa’s bee stock from the world’s major diseases.

These diseases, they said, are infectious and caused by bacterial, fungal spores (that produce toxins) and viruses which can be found in some overseas produced honey and prohibited imported items.

“Most overseas honey, especially those treated with chemicals have traces of toxicity. Others are deliberately adulated with other forms of syrup and are no longer healthy apart from being a sweetener,” Mr. Dean said.

“A.F.B. was found in 2012, 2014, and again in 2016. It takes two to three years for the disease to be identifiable within a hive. A total of four discovered diseased hives were immediately doused with petrol to kill the bees, and the brood to stop the spread of A.F.B. by the drones (male bees), which naturally roams from hive to hive up to the radius of three kilometers in search of honey to feed on,” he said.

“The petrol doused diseased hives consisting of the complete hive boxes with any honey stocks were placed in a pit and burnt and then buried.

“Two beekeepers suffered the total loss of $3500 to $4000 at the current replacement cost, which will take up to 18 months to two years to restart a hive and reach its honey production stage and also largely depend on favourable sunny and non-windy weather.”

1860 – 1900: The dark honeybee of Northern and Western Europe, which are inherently aggressive, were introduced in Western Samoa by missionaries and the first European settlers to obtain honey for their own personal use.

1950 – 1960: Mr. Batchelor imported the passive yellow Italian honeybee queen bees from Hawaii to improve the temperament of the established black or brown honeybee.

1963: Mr. P.C. Muir of Auckland, New Zealand sent two nucleus colonies to Avele College to form a base of an Apiculture Class.

1968: Samoa planned to import 300 hives from N.Z. to start beekeeping at the Alafua Agriculture College under Mr. R.S. Walsh.

1989: S.A.B.H.O. collapsed in November-December because of a conflict of interest with the Development Bank of Western Samoa (D.B.W.S.).

1997: Beekeepers Association of Samoa Incorporated (W.I.B.F.) was registered with the Registrar of Incorporated Societies.

The cause of the outbreak, they said was traced back to honey which was hand carried from American Samoa, which had A.F.B. bacteria.

“There is no cure for any honey bee disease and burning is the only known method of control and hopefully eliminates A.F.B., and another worst and dreaded bee disease – European Foulbrood,” Mr. Voigt said.

While developed countries have the resources and finances to eradicate bee diseases and pests, Samoa’s beekeepers do not have such advantages.

“The Beekeepers Association of Samoa wish to increase hive numbers which would boost the local honey production which can also be realised with the engagement of many more farmers interested in taking up beekeeping utilising crop unproductive land, in some cases to set up honey bee hives,” Mr. Dean said.

“Samoa could be turned into a honey bee sanctuary when all bee pests and diseases are certified absent within Samoa. Samoa will then be known as honey bee disease free.

“Imagine if nature’s master pollinator, the honey bee and other local pollinators’ bees spirals into extinction? Man would only have four more years on earth. It is said that honey bees go back 100 million years and there exists a great possibility that it could become extinct soon if the present situation is not addressed.

“The principle role of the honey bees is in the pollination of many agricultural crops and forest which promote the increased production of seeds, fruits and vegetables.”

Honey bees wax is a major component of many industries, pharmaceutical medicines and domestic usages. Other hive by-products have medicinal properties, which are used in the production of medications.

For business tips and stories you wish for us to write about, contact the number 7755385 or email: [email protected] 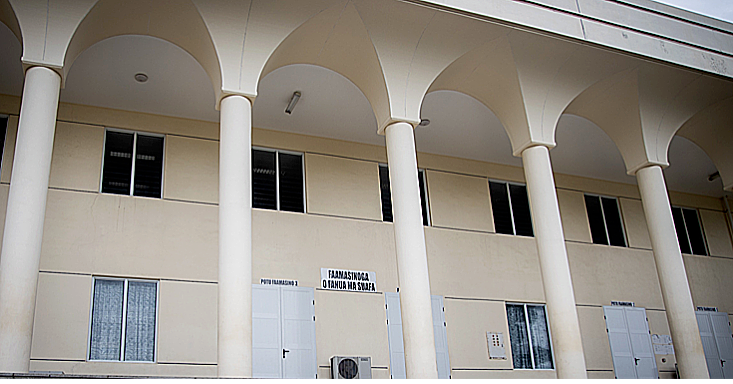 The Attorney General’s Office has listed the securing of a criminal conviction against the President of the Lands and Titles Court [L.T.C.], Fepuela’i Atilla Ropati, as one of its “significant achievements” for the year. 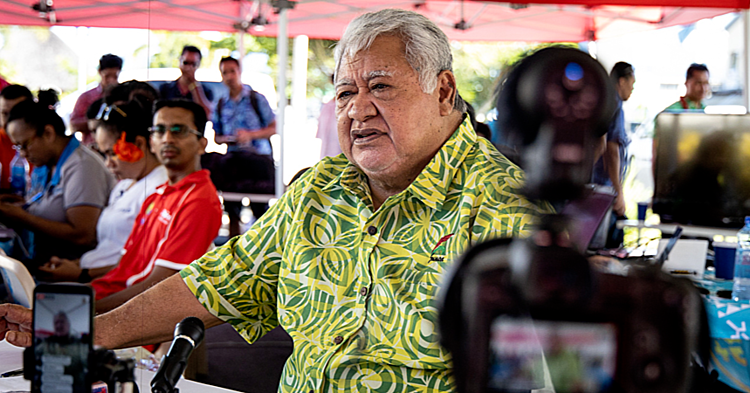 The Prime Minister, Tuilaepa Dr. Sa'ilele Malielegaoi, has warned those that conspire to harm him will always be caught.