The hunt is on for a new coach of the Manu Samoa after Namulauulu Alama Ieremia resigned from the role during the weekend. In resigning, Namulauulu becomes the latest in a long line of coaches to have either been sacked or made to leave the role under very controversial circumstances. Who do you think should coach the team now? And why? Lizzy Hunt asked in today’s Street Talk and this is what people said:

I think we should consider a new local coach for our Manu Samoa, and one of the best coaches I would prefer is Stephen Betham. There is no one else I’d rather choose to coach the Manu Samoa than him. He has the potential and the skills so I would like for him to come back and coach our Manu Samoa.

People have different opinions on this matter about the process of recruiting for a new Coach for our Manu Samoa team and this is why I think it would be best if we can recruit from overseas. I mean that would be best because most of the trainers who are being selected locally for rugby do not have the full potential and skills to lead a rugby team. We need someone who can train and lead our Manu Samoa.

Now that Namulauulu Alama Ieremia has officially resigned from coaching our Manu Samoa, it’s time to find a new coach and we should not waste time. The World Cup is two years away. I think it’s best if we can hire someone locally, someone who understands the language (Samoan) and has that ability and knowledge of what rugby really is.

I say we should find the best coach for Samoa and if that means going overseas then so be it. We need some positive news about the Union and it would be great if we can find the best person for the job. I also want to thank Alama for all his hard work.

Namulauulu Alama Ieremia was a great coach, his work has inspired a lot but the problem were the Manu Samoa players. They never played hard enough and they weren’t really all there mentally. I think it would be best if we could consider finding someone who has the potential and the skills in coaching a rugby team, someone who can speak and understand the language, a local coach from Samoa.

I don’t really like rugby or ever want to watch them, but I think for Namulauulu Alama Ieremia resigning from being the Head Coach can be an opportunity to open the door to a new chapter for our Manu Samoa. What I mean, if they are tired of being coached by the same coach selecting a new one can provide two results for them; to improve their abilities in rugby or to continue loosing because the team always rely on the coach, as one of the citizens of Samoa, we need someone who can really bring out the true Manu Samoa. I thank our previous coach for his effort but for the best, we must consider someone worthy to coach our Manu Samoa. 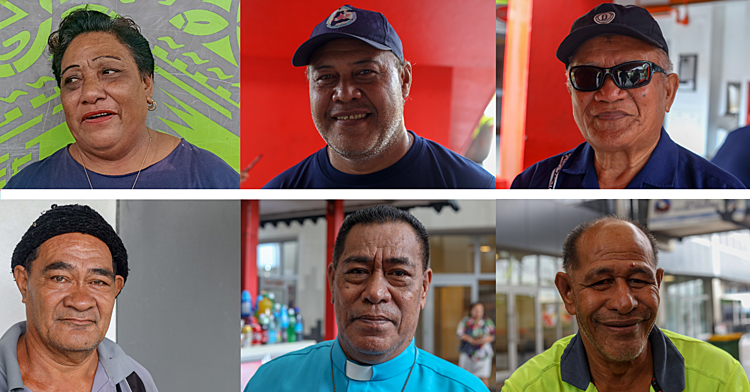 STREET TALK: The Government has cut local doctors overtime pay by up to two-thirds, compelling the medical professionals to criticise the move and call for a review. Reporter Maggie Kelekolio and Photographer Francis Faalili met members of the public to get their views.