Yesterday, holy water was sprinkled inside the premises of the hotel by Father Spa in the presence of General Manager Mark Francis, management and staff of the hotel.

Mr. Francis said they are still working on completing renovation and they will only open 80 rooms, lobby lounge, Aggie Grey’s Restaurant, the verandah and the Ball room.

He said they expect to have the whole hotel opened by the start of October this year because they are still waiting for some equipment to arrive.

“We are still waiting for some more containers of kitchen equipment to finish off our main restaurant and one of our other kitchens, some equipment for the rooms and the final defecting to make sure everything is perfect,” Mr. Francis said.

The owners, Mr. Francis estimates, would have spent well over US$5 million (T$13.05m) to rebuild the hotel following the flood.

Speaking of the renovations, Mr. Francis said the hotel is reopening stronger and better than before and he is adamant they will get back their market share in the next few months.

“The hotel has a traditional customer base and is a very corporate hotel. We get a lot of local business coming here and I anticipate that yes, we will get back our market share over the next few months,” he said.

“It does not happen overnight, other competitors are good hotels and we have to come back and improve ourselves once again so customers can return.”

Mr. Francis said after opening in August 2016, they were disappointed because they had to close for several months this year following Tropical Cyclone Gita.

“The hotel had gone through the first 18 months of operation, it was ramping up strongly, our business was going very well and then to be taken out of the market, we have to start over again and we have to rebuild the business again, but we’re very positive in a lot of ways,” he said.

“The hotel is better now than it was when we opened in August 2016 we had 18 months working in the property.

“Through the rebuild, we actually made some changes to the way we operate, improve efficiency and not only to improve drainage and pumps and everything else, also the owners took the opportunity to upgrade the fire life and safety equipment in the hotel.

“So right now we at the cutting edge pretty much any hotel in the world, as far as fire life and safety is concerned, we have really advanced kitchens, fire suppression systems, which is an improvement. I do believe we are coming back stronger.”

Mr. Francis said the Vaisigano River wall behind the hotel will be the hotel’s strongest defense and they’ve also reinforced the perimeter walls of the hotel so that if any floodwater was to get passed the Government’s wall, they have backup protection.

“We’ve also increased our capacity for flood pumping so that if water does get into the hotel or the surrounding neighbours, because they’re also quite low-lying, then we can actually drain the water from them and pump it out into the river,” he said.

There will be approximately 180 employees and Mr. Francis said 80 percent of their associates have returned and as the business builds up, the total employee number would increase to 220 or 230. 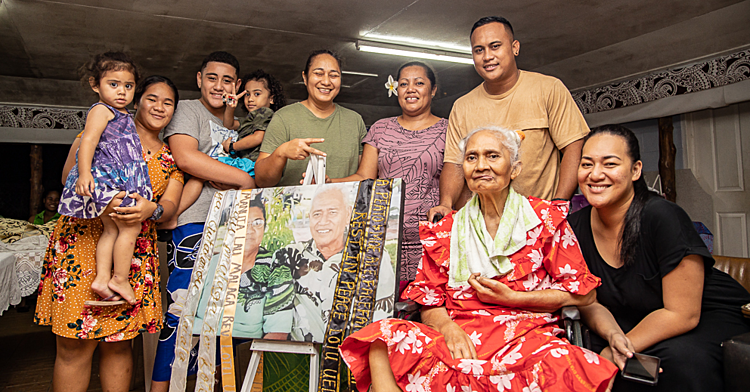 The achievements of a church minister, who had a big footprint in Samoa’s public sector and was also a notable Samoan short stories writer, have been celebrated one year after his passing.