Government weighs in on Paris agreement

The government is vowing to continue implementing national climate change projects, among other actions, as countries around the world celebrate the successful signing of a historic climate change agreement. Just under 200 countries negotiated the agreement at the 21st Conference of Parties of the United Nations Framework Convention on Climate Change [U.N.F.C.C.C].

The talks concluded with the adoption of the Paris Agreement, which maps out the next phase of global action to combat climate change.

In a statement released to media, the government detailed their next steps in combating climate change.

“The  Government of Samoa will do all it can to deliver on its proposed I.N.D.Cs, and will continue to implement important climate change projects nationally towards that goal,” the statement read.

“At the international level, it will advocate strongly at every available opportunity and forum to ensure that countries are doing all they can to limit the global increase to 1.5°C.

“Samoa, however, remains confident that the international community is committed to combating climate change - and that the adoption  of the Paris Agreement, which captures  many of our key tasks as a developing Pacific Island nation, is an important first step in a global call to action.”

The Government has on Tuesday morning unveiled a secondary stimulus package for the private sector affected by the coronavirus-led economic downturn, worth an estimated $82 million. 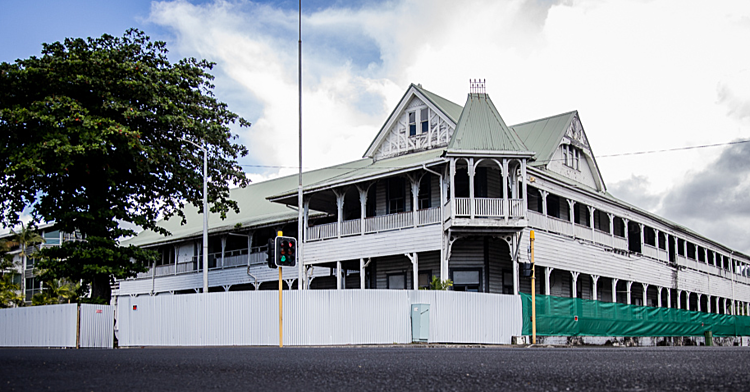 Only one bidder for courthouse demolition

“I confirm that when the tender which was publically advertised for the old court house demolition closed, only one bidder, Schwarz Construction submitted a bid,” he said in an email.