Girl tells Court about rape by her sister’s boyfriend

The victim of an alleged rape in July last year has told the Court of how her older sister’s boyfriend raped her.

The woman whose identity is suppressed told of the ordeal before Justice Tafaoimalo Leilani Tuala – Warren in the Supreme Court.

The defendant is Taseni Tarzan Savea, of Falefa. He is accused of allegedly raping her girlfriend’s younger sister on 17 July 2016.

“I remember on the evening of the 17th July 2016, after all my chores I was sitting in front of our home with my siblings Josephine and my baby sister, my father’s mother and my parents,” she said.

“At around 9.30pm I went to bed and I fell asleep. As I was sleeping I didn’t know what time it was I felt someone hugging me from the back because I was sleeping facing the wall."

A struggle between the victim and the man ensued when he tried to take off her pants. He prevailed as he was stronger.

“As I was struggling I asked him at the same time why he’s doing this and he said he wants a baby."

“I was scared and I struggled because this is the first time something like this had happened to me.”

Describing the ordeal as painful and forced, she said “after he was done he just called me babe and he lay down next to me and fell asleep.”

“When he went to sleep I got out and looked for my clothes and I put them back on and walked outside of the room.”

The victim said when she came out of the room she saw another person in front of her sister’s room.

“I’m not sure whether he was trying to go inside the room or he had come out of the room then I asked him what he was doing and he just smiled at me and told me that he was looking for Taseni and if I had seen him."

“I told him then that Taseni was sleeping in the other room and then I walked inside the bathroom and I hid there because I was scared.

“When I came out of the bathroom my parents got inside the house and my father asked me what happened and then I cried and showed him where the man was.

“My father grabbed the handle of an axe and walked inside the room where the man was sleeping.

Mr. Tagaloa asked the victim if she knew the person who in her room.

The victim said no.

“I then knew that it was Taseni. I know him because he is my sister’s boy friend and I knew a long time because he came with my sister to our home.

How did he get in your room, asked the prosecution?

“Before I went to sleep I locked my bedroom door but I left the windows open because it was too hot and I think that’s how he manage to get inside,” she said.

Lastly Tagaloa asked the victim if she had agreed to what the defendant did to her, the victim said yes.

“I agreed to it because I was scared he might kill me,” she said.

During cross-examination Leiataua Komisi Koria asked the defendant why she didn’t go to where her parents were sleeping.

Later, the defendant told the Court she shares the bedroom with her sister. 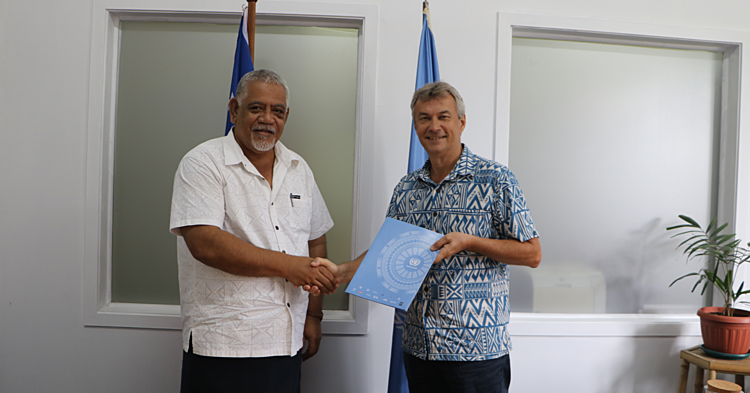