Why the Court overturned decision

The decision was appealed by independent prosecutor, hired by the Attorney General’s Office, Satiu Simativa Perese.

The following is the continuation of Justice Tuatagaloa’s decision we started publishing on Sunday.

1. In reaching the conclusion the respondent was not negligent, the trial Judge observed that he found it difficult to accept that, at 5-10 metres away, the respondent could not have noticed the bus travelling in the opposite direction. The respondent did not give evidence but her passenger did. In his decision the trial Judge noted at [17] that she (passenger) could not see the vehicles coming from the opposite direction. The Judge appears to have accepted that evidence. In such circumstances, the inference he appears to have drawn was not available to him.

2. The trial Judge erred in fact in proceeding on the basis that the Tucson has completely cleared the inside lane given his findings as to the points of collision (on both the car and the road) and in law in concluding that the respondent was not negligent because she was entitled, in effect, to rely on the actions of the oncoming bus to slow down or in some other way avoid colliding with her.

3. This ground of appeal succeeds.

4. I now turn to the second limb of the appeal that:

(ii) The trial judge was wrong in law as to what amounts to ‘injury’.

“I accept that Ms Teueli was in severe pain. But in the absence of bruising or actual physical injury and applying Clements v Gill [1953] SASR 25 and R v McArthur [1975] 1 NZLR 486 referred to in paragraphs 45 and 46 above I am left in a reasonable doubt that, that pain amounted to bodily injury within the meaning of the charge.”

The question on appeal is whether the trial Judge erred in fact and/or in law in concluding that, in the absence of visible bruising or actual injury, ‘bodily injury’ was not proved.

6. What amounts to ‘bodily injury’ whether grievous or actual is that established in the case of Police v Posala, upheld by the Court of Appeal in Posala v Attorney General and also adopted by the Chief Justice in Police v Papalii at paragraphs [61]- [63].

7. The trial Judge rightly referred to the decision of Police v Papalii and quoted what the Chief Justice adopted in that case as to ‘bodily injury’. That is the law or the approach accepted and applied by the Samoan courts:

“Bodily harm has its ordinary meaning and includes any hurt or injury calculated to interfere with the health or comfort of the victim; such hurt or injury, need not be permanent but must be more than merely transient or trifling… it may include a momentary loss of consciousness; where there is injurious, impairment to the victim’s sensory function; it is axiomatic that the bodily harm was actual.”

8. The evidence of Ms Teueli was that she felt numb on her left side shortly after the collision; she had internal muscle bruising with pain which lasted for 1-2 weeks resulting in her remaining at home for that period.

10. In her evidence in chief the Doctor said that Ms Teueli had soft tissue injuries which she described as injuries to muscles, tendons, ligaments, usually bruises or strains, not usually manifesting in external appearance.

11. In cross-examination, some attempt was made to challenge the Doctor’s professional opinion of these soft tissue injuries but I do not find that diminishes her evidence in any significant way. She is a professional experienced doctor who expressed her professional opinion. In the absence of any professional evidence to the contrary, her evidence was available to the trial Judge who did not reject it. Instead, in reliance on two earlier decisions (1953 and 1945) he (trial Judge) concluded that there must be visual evidence of bruising or actual physical injury amount to bodily injury.

12. With respect to the trial Judge such a finding is contrary to the dicta of the Chief Justice in Papalii. To that extent he erred in law in concluding that the injury suffered by Ms Teueli, as described by the doctor, could not amount to ‘bodily injury’.

13. From the evidence of Ms Teueli and Dr Amituanai, Ms Teueli obviously suffered injury(ies) from the accident which may not be visual but have nevertheless caused Ms Teueli some amount of discomfort and interfered with her health because she took 1-2 weeks to recover.  Doctor Amituanai also referred to obvious emotional distress.

14. The ‘injuries’ sustained by Ms Teueli which may not be visual nevertheless amount to ‘bodily injury.’

15. The trial Judge has erred in the law he applied and in his finding that the injury suffered by Ms Loretta Teueli did not fall within the meaning of ‘bodily injury.’

16. This ground of appeal also succeeds.

The alternative charge of dangerous driving

18. I now turn to consider the last charge.

Failure to stop and ascertain

(i) The trial Judge failed to apply or correctly apply the law with respect to sections 44(1) and (4) of the Road Traffic Ordinance 1960;

19. The appellant submitted that this is a statutory duty that the respondent had breached because she had failed to stop and ascertain whether ‘any person’ other than her passenger Ms Loretta Teueli was injured.

“(1) If an accident arising directly or indirectly from the use of a motor vehicle occurs to a person or to any horse or vehicle in charge of any person, the driver of the motor vehicle shall stop, and shall also ascertain whether he or she has injured any person, in which event it shall be his or her duty to render all practicable assistance to the injured person including transportation of that person to hospital.”

“(4) A driver who fails to comply with any obligation imposed on him or her by subsection (1) in any case where no other person is injured in the accident commits an offence and is liable on summary conviction to a fine not exceeding 2 penalty units or to imprisonment for a term not exceeding 3 months.”

21. I agree with the appellant that section 44(1) imposes 3 obligations on the driver as follows:

a. The driver shall stop;

b. The driver shall ascertain whether a person has been injured; and

c. To render all practical assistance to the injured person including transportation of that person to hospital.

a. That the Respondent “could not have done more.”

b. That Ms Teueli demanded the Respondent to immediately take her to the hospital, and she (the Respondent) could not have known the seriousness or otherwise of her condition. Therefore, the Respondent did what any reasonable person would do in the circumstances.

c. That it cannot be the intention of s44 that the accused (respondent) would delay taking Ms Teueli who was affected by the collision, to check on the passengers of the bus, taxi or any other persons, when there were other people around the vicinity who would inevitably make the inquiry.

23. I have found no local authorities regarding this particular law.  The appellant has referred to (and provided) a number of New Zealand cases where there is a similar provision to section 44. I am mindful that Samoa (before becoming Independent) adopted New Zealand laws to become laws of this land.  The Road Traffic Ordinance 1960 is one of those laws (with the exception of some amendments) has not been revoked. This then, would make the New Zealand cases referred to by the appellant more relevant.

24. The word ‘stop’ was held to be capable of two meanings (a) ceasing to moveand (b) stopping and remaining stopped. Houten v Police was an appeal from the Magistrates Court. The respondent was charged under section 65(1) of Transport Act 1962 (similar to s.44(1) Road Traffic Ordinance 1960) for failure to stop and ascertain. It was held that, the Court should interpret the duty to stop in such a way as will enable to fulfil some useful purpose. Richmond J in Waddington v Boyd said the meaning to use depends on the context of s65 (1) and said:

“I think that the actual purpose of subs (1) is to ensure that a driver must ascertain whether anyone is injured at a time when his own vehicle is stopped and not merely by observation from a moving vehicle. It follows that the duration of the stop which is required by the Act must be measured at least by the time reasonably necessary in all the prevailing circumstances to enable proper inquiry to be made. Possibly it may also have to be measured by reference to the duty to render assistance, but that question does not arise in the present case as nobody was in fact injured”.

25. As ‘to ascertain’ the appellant referred to Osten v Police where that court held to mean ‘to find out for a certainty’, which section 44(1) requires, if someone has been injured and that all practical assistance be rendered to that person including transporting that person to hospital. The duty to stop and ascertain is imposed only on the driver.

26. I agree with Richmond J in Waddington that the meaning of ‘stop’ to use depends on the context of section 65(1); “The actual purpose of subs (1) is to ensure that a driver must ascertain whether anyone is injured at a time when his own vehicle is stopped....”  The whole point of stopping is to ascertain whether anyone is injured. The duration to stop is the time reasonably necessary to ascertain whether any person is injured and to render assistance. In the circumstances, was there a need for the respondent to stop when her passenger Ms Teueli had suffered an injury and whatever that was, was sufficient to meet the ‘ascertain injury test’?

27. Section 44(1) imposes a duty to stop and a duty to ascertain whether anyone is injured. There is no dispute that the respondent failed to stop, that straight away after the accident reversed and drove off. Section 44(1) has to be given liberal interpretation applicable to the circumstances to give it practicality. The purpose of section 44(1) is about ascertaining whether any person is injured where there is a vehicle accident. The duty to stop is imposed in order to achieve this purpose.

29. The words ‘any person’ in s.44(1) is not defined to mean a person or persons other than the passenger(s) of your vehicle.  Those words must be given ordinary meaning and would therefore, include Ms Teueli who was a passenger of the respondent.

30. As to section 44(4) I fail to see what relevance this section is as, it refers to where no one is injured.

31. This ground of appeal is dismissed.

33. The appeal on the charge of failure to stop and ascertain is dismissed.

The leader of the Sovereign Independent Samoa (S.I.S.) party, Fesola’i Logoimaliematagi Tepa-Toloa, is calling on Parliament to reinstate two former Members of Parliament whose seats were vacated after falling foul of anti-party-switching laws. 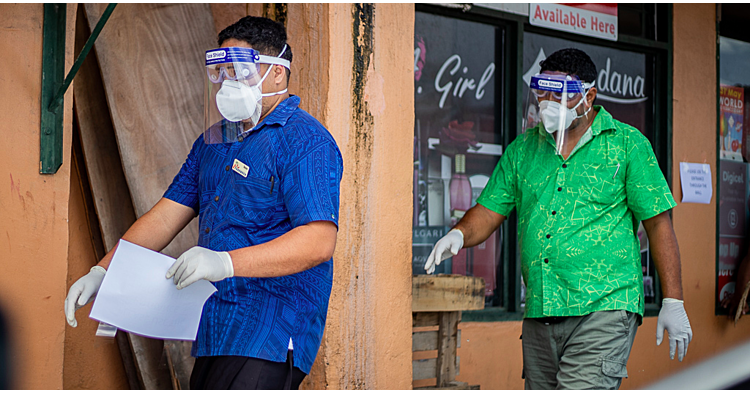