Tuimaugaoali’i Kazumasa Shibuta, Ambassador of Japan to Samoa handed over the project.

The project entitled “The project for Repair and Reconstruction of Vailuutai Primary School” is largely funded through Japan’s Grant Assistance for Grassroots Human Security Projects.

Ambassador Tuimaugaoali’i congratulated the school committee and the village of Vailuutai on their concerted efforts in completing the project on time.

He emphasised on prioritised areas such as Education listed in Samoa Development of Strategy that enables Japan’s cooperation to assist in ensuring all communities access quality education and promoting lifelong learning.

“To be able to provide flexible and timely support to development projects at grass-roots level such as this project, the Japanese Government offers a financial assistance scheme for development projects designed to meet the diverse needs of grassroots across Samoa,” said Tuimaugaoali’i.

The school committee received funds of $308,801 for project implementation in December 2016. The refurbishment of 10 classrooms included tiling of all the floors, repainting of ceilings and walls, and replacing of broken louver windows and light fittings.

Vailuutai Primary School committee sought for Japan’s assistance prioritizing a safer and improved resources of learning environment for their students in 2015.

Japan’s Grassroots Human Security Projects was introduced in 1991 and in Samoa, 109 projects have been implemented in the field of Education.

Businesses out in the cold on Vaisigano Bridge closure

Early advice of the three-month closure around the Vaisigano Bridge Project was only afforded to some affected businesses, leaving a four-star hotel and three other local firms out in the cold. 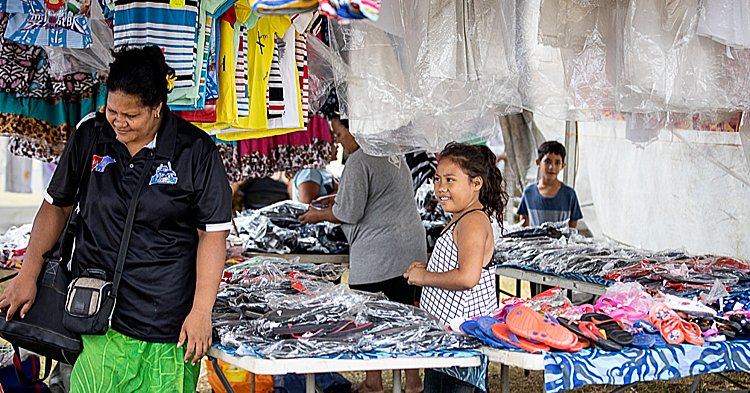