It has been one of them weeks for Samoa.

A rare one where we’ve hardly seen rays of the sunlight, which are synonymous with our tropical environment.

Instead, it has been a week of heavy rain and downpours so that all we see in Samoa today are floods, potholes, mud and more mud.

For families living next to rivers and streams, the sight of rising waters and floods has become so normal.

Pity living in Fugalei, Saleufi, some parts of Taufusi and everywhere else in Samoa that are prone to flooding.

Mind you we are not alone with this bad weather.

In other parts of the region, they have been hit just as hard, if not worse than us. In Fiji for instance, they’ve had to deal with multiple cyclones and worse flooding in the past couple of weeks in what has been an unprecedented turn of weather developments.

New Zealand is definitely not immune anymore, as we saw with Cyclone Gita.

Now back in Apia today, a heavy rain warning remains in effect for Samoa.

Assistant C.E.O. in charge of the Meteorology Division, Mulipola Ausetalia Titimaea, advices that people living in low-lying areas and flood prone areas should take extra precautions since heavy rainfall is forecasted throughout the week for the entire country.

“Stay away from the fast flowing streams and rivers,” he warned, adding that “cars should slow down when travelling because of excess water along our roads caused by heavy downpours.”

Everyone should pay attention.

On page 2 of the newspaper you are reading is another reason why members of the public must be extra careful.

Where landslides are likely to occur, these places must be avoided at all costs given that it has been raining for a while now. The road along the east coast of Upolu is especially vulnerable as the story on page 2 tells us.

“When we were heading back home (at Afulilo) after our family fa’alavelave at Si’usega, there were only two vehicles behind us,” Tuia said.

“That’s about nine or past nine last night (yesterday), so when we got closer to where the landslide happened, my wife told me to turn down the radio because she heard an unusual sound (gogolo) from the sea.

“Then we stopped our car and the other cars behind did the same thing, we were looking out to the sea thinking the sound came from the sea.

“I was a bit worried as well because I heard the sound too. I thought it’s another tsunami because the sound was getting closer to where we parked.

“But to our surprise, two meters from where we stopped, two large stones fell right in front of us followed by huge trees and mud. It lasted two minutes.

“All the vehicles, including ours reversed and parked far from where the incident occurred.”

What a survival story.

This could have easily been very deadly but thank God that it hasn’t.

Today, the message for everyone is to think safety first. Not just when it comes to road use and living in flood prone areas. Families should also be careful with drinking water, making sure that it is boiled, and that children are supervised so that they remain indoors, far, far away from streams and rivers. 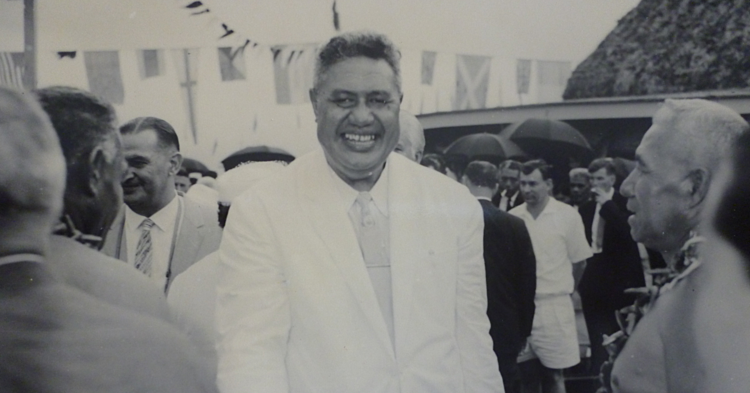 Fifty eight years later, it is almost as if the late Tamasese saw what is happening today

OPINION: As we pause to reflect on the history of this nation this weekend, we want to remind everyone what the late Tupua Tamasese said when he spoke on the day Samoa’s flag of freedom was hoisted for the very first time. In particular, we want to think about his “word to the young generation of our country.”