K.N.C.F. was set up by the Keidanren Committee on Nature Conservation (K.C.N.C.), which is Japan’s largest business federation, to support conservation work done by non-government and civil society organisations mainly in the Asia Pacific region.

The organisation rolled out its funding programme in six countries, which included Bhutan, Vietnam, Cambodia, Indonesia, and New Caledonia, with Samoa being the only country the delegation is visiting this year.

Keidanren works in partnership with Conservation International (C.I.) Samoa and it is going onto its second year now.

Country Director Conservation International Japan, Yasu Hibi, told the Samoa Observer that they were in Samoa to get an update on the project and see how Samoans live in harmony with nature.

“The delegation is here to see the progress of the project they are funding, and also in general to learn more about Samoa, the life and culture, especially how people are living with nature,” he said.

This is the first time for a delegation from the Keidanren to visit Samoa, according to Mr. Hibi.

“We are interested in learning how Samoans are coping and living in harmony with nature, which is a concept that really resonates with traditional Japanese way of living, not really anymore, but we still have that in our hearts, and I think Japanese people, including the Keidanren, really want to see where we can share with the Samoan people on how we can live in harmony with nature.

Mr. Hibi said their project involves both terrestrial and marine, but in Samoa it focuses more on conserving marine resources.

“There’s also a growing recognition, interest from the international society on how to manage the marine environment, resources sustainably and again Samoa and the entire Pacific region has a great potential to take global leadership in managing the marine resources, which not just helps Samoa and the Pacific. But really helps the entire planet, climate change wise, food security,” he said.

Mr. Hibi said Samoa needs to maintain its lush green landscape because it benefits the people, community, marine environment and the economy, especially the next generation.

“It has a lot of benefits that we don’t normally recognise, like absorbing water, keeping the soil strong, and controlling climate.”

Mr. Hibi indicated that the partnership between Keidanren Nature Conservation Fund and C.I. Samoa would be extended. 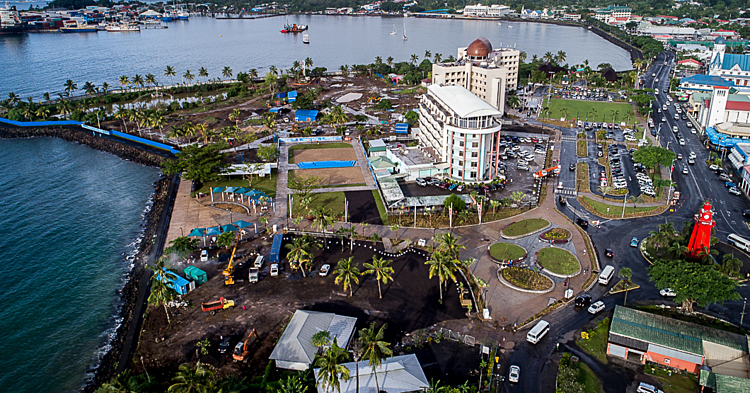 Traffic in town will be temporarily diverted for vehicles entering and leaving the Government Building in order to cater for work associated with the Apia Waterfront Development Project. 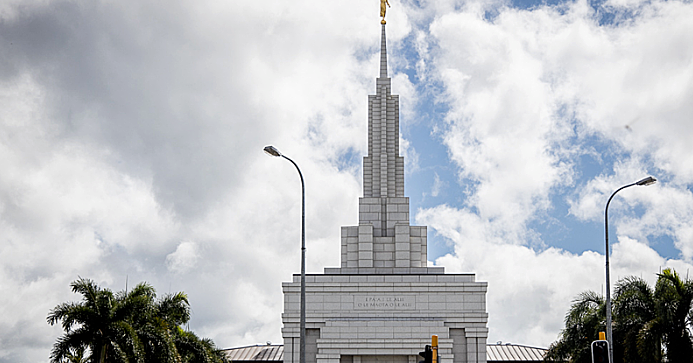 Two missionaries of the Church of Jesus Christ of Latter-day Saints (L.D.S.) have tested positive for the coronavirus (COVID-19).

Govt. urged to turn to donors for stimulus package

The Tautua Samoa Party has called on the Government to turn to its donor partners for assistance to fund a stimulus package plan to aid the country, especially businesses and the private sector, during the coronavirus pandemic lockdown.