New locally-owned airline, Talofa Airways, is making progress in its efforts to secure the route to fly to the Kingdom of Tonga.

This was confirmed by the Airline Advisor, Toleafoa Jeffrey Hunter, yesterday. The route is one of several destinations in the Pacific that the airline is looking at serving.

Toleafoa said they were in Tonga during the Independence holidays to negotiate with the Tongan Department of Transport. “They (Tonga) have endorsed it and they want the service,” said Toleafoa.

“We are waiting for the permit and for them to go through their system before we set the starting date to fly.” He added that American Samoa is keen about their service but are also waiting for a permit.

“We cannot start advertising unless they have given the approval to operate,” explained Toleafoa.

“It’s a waiting game. There is a lot of paperwork and things that need to be processed.”

Asked about the route to Niue, the airline advisor said they will not rush into things.  “We don’t want to jump into it and make commitments that we cannot fulfill,” he said.

“We are focusing on the main route which is American Samoa and Tonga.” In April this year the airline announced that it had acquired two twin Commander aircrafts from the United States of America as it gears up for its official launch.

The planes are stationed at the Faleolo International Airport.

At the time, Toleafoa said it was one of the final stages in the “painful process” of setting up the airline.

“We already have the local certificate to allow operation,” he said. “The last part is we are waiting for foreign permit from America and Tonga to allow us to operate scheduled services into those places to American Samoa and Tonga.

“Those things can take up to months it’s just a matter of waiting. Once the paperwork is sorted, the airline will take off.” 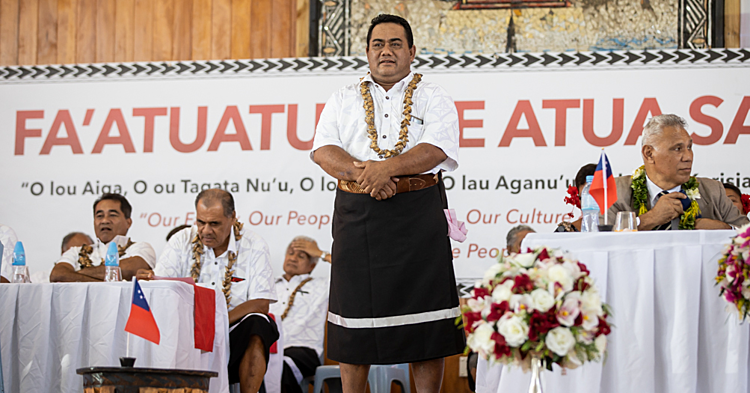