Govt. has got it right to back Parker

You can’t please everyone. The government will certainly learn that having thrown its support with a US$100,000 donation for Lupesoliai Laauliolemalietoa Joseph Parker’s bid for the World Heavyweight title.

Despite overwhelming support for the heavyweight boxer on these shores, there will be people who disagree with the decision. Their arguments will no doubt have some merits – which is okay because this is a free country where everyone is entitled to an opinion.

From where we stand though, we believe Prime Minister Tuilaepa Sa’ilele Malielegaoi and the government have made the right decision. We accept that our public coffers are not exactly overflowing with cash and that $230,000 is a hefty lot of money for a small country but that is beside the point.

The fact is Lupesoliai Joseph Parker is Samoan and it’s the least we could do to help him. Now some people will say but why didn’t we do that for David Tua and Alex Le’apai whom have also fought for the world heavyweight title?

The simple answer is that they did not ask for it.  Tua fought in the U.S.A, Leapai’s title shot was in Germany and their handlers did not need help in staging those fights.

When the confirmation of the world title fight against Andy Ruiz was issued, there was quite a lot of talk about where the fight would take place. The easier option would have been somewhere in the United States where Parker’s promoters would not have needed so much cash.

But the Duco  guys  wanted to make this event extra special. Instead of another world heavyweight title fight in the United States, they chose the tougher road of having it in New Zealand where they believe Lupesoliai will have a better chance of winning. The problem for them was for that to happen, they needed to raise a certain amount of money.

People who know how boxing operates will tell you this is not a cheap undertaking. And when a world title fight is at stake, we are talking millions of dollars. The upcoming fight at the Vector Arena on Saturday 10 December 2016 is no exception. The dilemma for Parker’s promoters is that with the fight being staged in this part of the world, they needed to raise an unprecedented amount of money in such a short amount of time.

People who have been following this from the beginning would know the story. Duco sought help from all their sponsors. On top of that they went as far as asking for help from the New Zealand government as well as the Auckland Council. The request became the subject of a huge controversy that in the end Dean Lonergan and Segialii David Higgins withdrew the proposal.

Still they forged ahead with their dream of having Lupesoliai fight in Auckland. And that’s how the Samoan government became involved.

Prime Minister Tuilaepa and his Cabinet saw an opportunity in what is likely to be the biggest fight in the history of boxing in New Zealand – and the South Pacific for that matter. They did not hesitate, they made the decision and here we are today with Samoa set to take the limelight at the upcoming bout.

It’s not difficult to see why the government has made the decision.

There is an opportunity to promote Samoa as a tourism destination, there are opportunities for businesses to network with the outside world but most importantly this is Samoa doing what we should be doing to help these sons of Samoa realise their potential.

Quite often, we are very happy to claim them as Samoans when they reach the pinnacles of their careers and yet as a nation we have had very little – if any at all – input into how they are developed.

Tua was a product of the New Zealand boxing system. Leapai did not hone his skills in Samoa, he was developed in Australia.

Parker definitely benefitted from the opportunities he has been given in New Zealand. The only connection they have with Samoa is that they are deeply proud and patriotic Samoans and for that we are grateful.

The point is that the government’s donation to help Lupesoliai realise his dream is the right thing to do.

Never mind the business opportunities and so forth. They will come in handy, which is great.

But by the government helping to stage the fight, at least when we watch Parker take to the ring that night, as taxpayers and proud Samoans, we will have that warm fuzzy feeling that we have contributed and we are part of a journey towards something great.

And if we wins, it is not just Parker winning. We will all share and enjoy that feeling. What do you think? Write and share your thoughts with us!

OPINION: The fact that the constitutional responsibility of assent now rests with a bureaucrat who heads the Prime Minister’s Ministry, in the absence of the Head of State and overlooking the Council of Deputies, is a cause for concern. 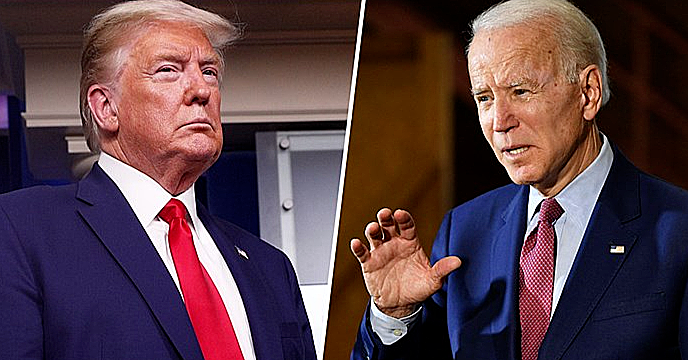 In the Pacific we can expect a pressure drop in the atmosphere between America and China and a step down from the politics of brinkmanship. The man President Biden has appointed as his head of Pacific affairs, Kurt Campbell, wrote recently: “The future [should be] characterised by balance and twenty-first century openness rather than hegemony and nineteenth-century spheres of influence.” That, we think, is something to look forward to.