Another race, another miscue for US relay team

Justin Gatlin, Tyson Gay and Mike Rodgers were almost through parading the American flag around the track — celebrating a bronze medal of all things — when their names flashed on the big board, along with two letters: "DQ."

This nightmare — it never ends for the U.S. men in sprint relays.

Rodgers and Gatlin were ruled to have passed the baton outside the first passing zone of the men's 4x100 relay won by Usain Bolt and Jamaica. After the disqualification, the bronze went to Canada.

Tyson Bromell ran the anchor leg and finished third behind Usain Bolt's Jamaica and surprising Japan. He fell over the finish line and was nursing his injured foot while his teammates celebrated what they thought was a bronze medal.

Video replays show a clean handoff from Rodgers to Gatlin, but are less clear about whether Gatlin had taken possession of the stick before Rodgers got it inside the start of the 20-meter passing zone. The U.S. team was filing a protest and the issue had not been settled as 1 a.m. approached in Brazil.

Hours earlier, down on the track, the runners huddled around a TV monitor and nodded their heads when they saw the replay.

"It was the twilight zone. It was a nightmare," said Gatlin, who won silver in the 100 sprint, but was shut out of the 200 and could go home empty in the relay, as well. "You work so hard with your teammates, guys you compete against almost all year long. All that hard work just crumbles."

"It's always something weird, stupid, simple mistakes that always cost us and I don't understand," he said. "We had great sticks in practice, great everything and something so simple — I can't say anything but bad luck."

It's more than bad luck, though.

This marked the ninth time since 1995 that the U.S. men have somehow botched the relay at a world championship or Olympics.

All those miscues for the country with arguably the deepest pool of sprinting talent, even with Bolt in the mix, has cost them medals and sent the team back to the drawing board time and again.

Dennis Mitchell, who won the relay gold at the Barcelona Games but also has a doping past, is the current coach. Whatever he was teaching didn't quite hold up.

And this time, the way the Americans received the news was especially cruel.

"Hell, we already did a victory lap," Gay said. "Right before we were about to talk to TV, they told us." 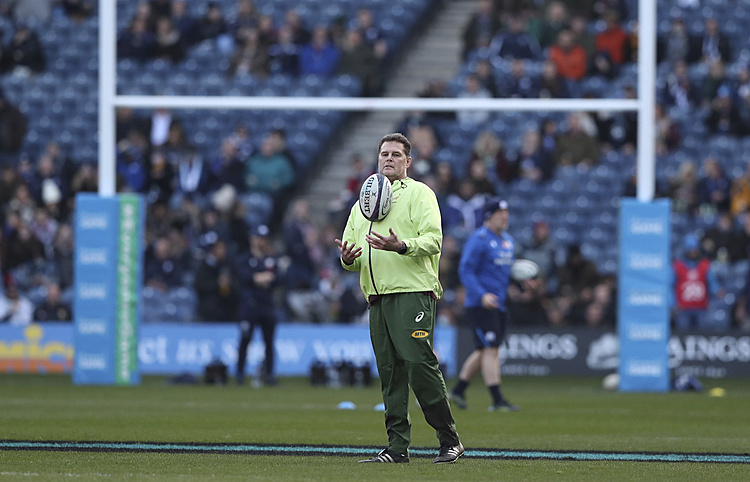