Tropical Cyclone Gita has left a father of two without a home.

Lealaauloto Saitofi, from the village of Satapuala, says two of their Samoan houses were destroyed by the cyclone during the weekend.

The 43-year-old says him and his older brother are the only people who work in his family.

Some of their family members have relocated to their other relatives’ houses.

“I was not aware of whether or not there was going to be a cyclone coming,” he said.

“We were not even prepared for anything, we just sat around thinking that we will not be affected by the strong winds.”

They were wrong. Today, they need help.

“No one lives here because the house has been damaged,” he told the Village Voice team yesterday.

“We have not cleaned up anything yet and also nobody can live here in the house because it leaks everywhere.”

“Our other house has been wrecked, which is the house that one of my sisters were living in and I told them it is best to relocate.”

Mr. Saitofi works as a carpenter.

He added that looking after a family of eight is not easy, especially when he plans to rebuild a more stable home for everyone.

“My mother just arrived yesterday from Savai’i. She was on a holiday visiting my older brother but she has come to check up on us and see how we are doing and helping out with cleaning. She is weaving the coconut leaves together to repair the roof of our main house.”

“I am trying to take this house down and build another new house. I don’t get that much to be able to build a new house, even if I do save up, money will take a while,” he added.

Having no electricity and water supply is an added burden, especially when he has to spend money to repair his house.

He says everyone must heed warnings of any natural disaster. 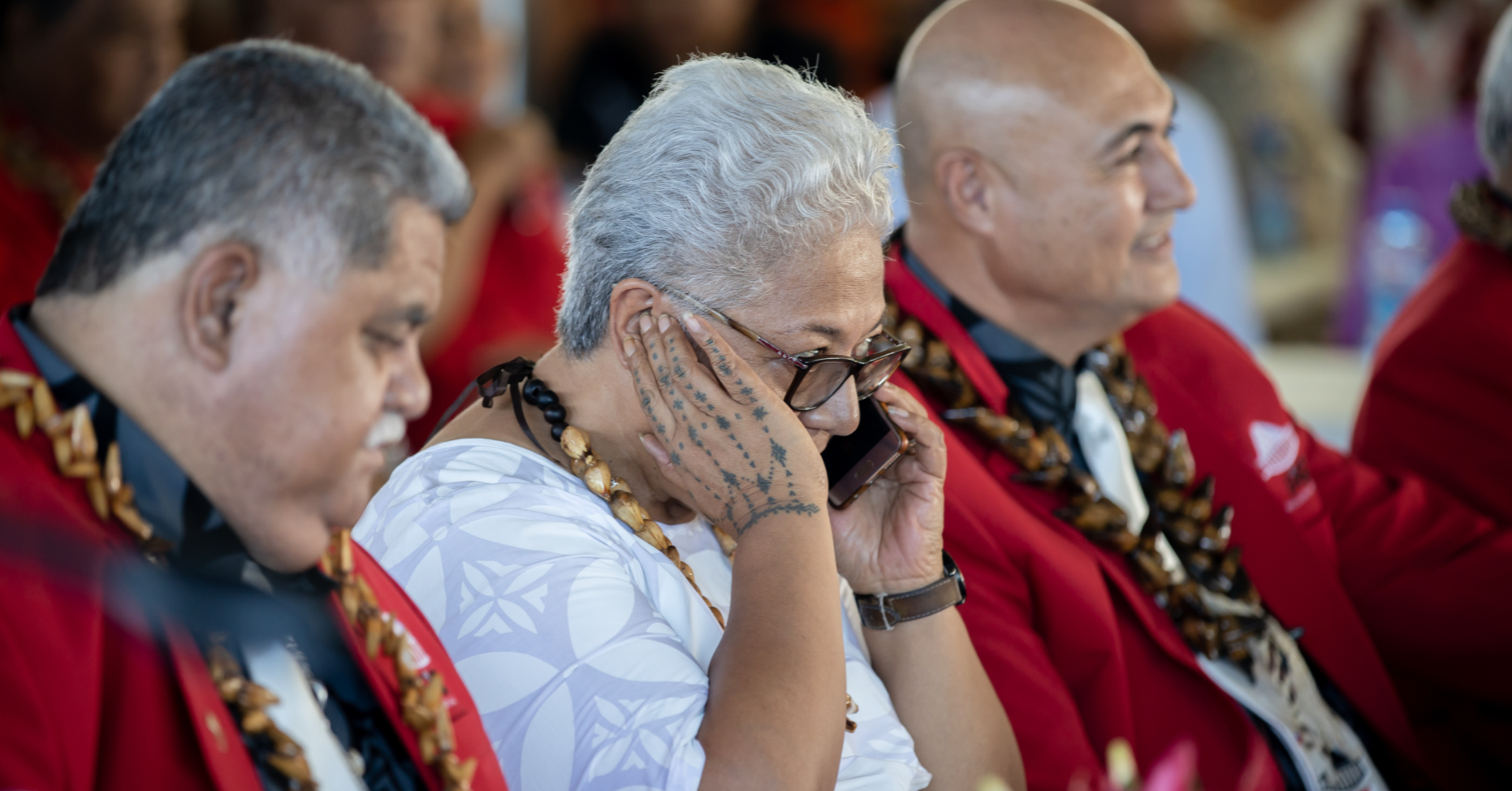