A member of the public who was arrested at gunpoint at the Fugalei market last year is taking legal action against the Ministry of Police.

Suitupe Misa has filed a $1million lawsuit against the first defendant, the Minister of Police, Sala Fata Pinati, second defendant the Commissioner of Police, Fuiavailiili Egon Keil and the Ministry of Police as the third defendant.

The Attorney General is being sued on behalf of the Minister and the Ministry of Police.

The Commissioner was contacted through his secretary for a comment on Friday.

She said the Commissioner will be informed and will return a call if he wishes to comment. She did not return the call as of yesterday.

According to a document obtained by the Sunday Samoan, Mr. Misa is suing the Minister of Police for a breach of statutory duty.

“The second defendant could have easily found out the truth regarding the alleged threat if he had made reasonable enquiries with the witness.  The second defendant used and relied on the apparent validity of the Minister’s approval by ordering certain police officers including Officer Iosefa to be armed and to arrest the plaintiff upon confirmation of the plaintiff’s presence at the market.”

“Accordingly the plaintiff’s detention was unlawful,” said the statement of claim.

Lastly, the fourth cause of action is against the Ministry of police for unlawful search.

The statement of claim pointed out that the circumstances under which the relevant police officers carried out the said searches did not justify an immediate search or a search without a warrant.

“The plaintiff was not committing any offence at the time of the searches,” the statement of claim stated.

“There was no reasonable ground to believe that the plaintiff was in possession of any narcotics or any other drugs or any dangerous weapon.

That the police officers who searched the plaintiff’s poloka and taxi did not identify themselves to the plaintiff or Catherine or any other person operating the nearby poloka in the market, nor was any reference made to an authority used by the said police officers to carry out a search without a warrant.”

In particular, the plaintiff has suffered injury to liberty, injury to feelings, dignity and mental suffering, disgrace and humiliation.

Mr. Misa also claims he had suffered temporary confusion and shame experienced, temporary loss of physical comfort for a period of 2 to 3hours from the time of the unlawful arrest until released at the Main police station.

In addition the plaintiff is also seeking damages for distress, anger, anxiety and uncertainty associated with his unlawful detention.

The plaintiff seeks against the first, second and third defendants jointly and severally global award in the sum of $1,050,370.00 tala.

The matter will be called again in the Supreme Court on 8 August 2016. 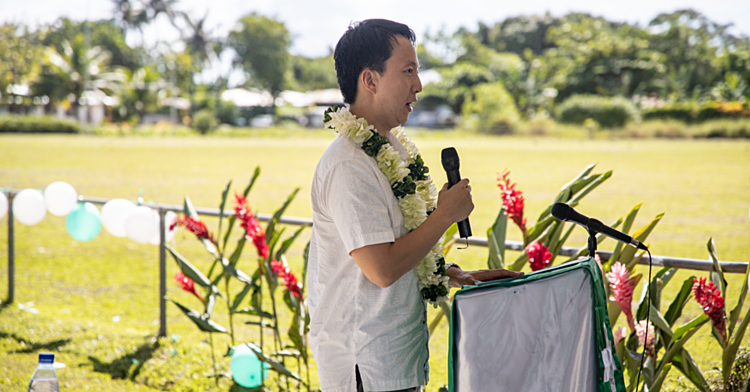