APIA, Samoa (AP) — Tonga qualified for the 2019 Rugby World Cup after Fiji beat Samoa 38-16 in the final match of the Pacific Nations Cup on Saturday.

Fiji qualified last weekend after beating Tonga 14-10, and slotted into Pool D at the World Cup with Australia, Wales, Georgia, and an Americas qualifier, either Canada or Uruguay.

Samoa, which has competed in every Rugby World Cup since 1991, can still make the next tournament in Japan. It has a repechage against the winner of the Czech Republic or Portugal versus the second-place team in the 2018 Rugby Europe Championship. That winner will go into World Cup Pool A. If Samoa fails to take that route, it will go into the repechage.

Fiji's fourth win in a row continued an outstanding run of form in June and July internationals in which it accounted for Scotland and Italy.

The Fijians took an early lead with the first try of scrumhalf Henry Seniloli's hat trick, created by a pass from flyhalf Ben Volavola which allowed an inside break from Akipusi Qera. Seniloli was rewarded in all three tries for his outstanding supporting play, staying on the shoulder of fullback Timoci Nagusa to score his first.

Seniloli scored his second when winger Vereniki Goneva made a powerful break down the right flank.

Flyhalf Tusi Pisi missed his first two shots at goal but kicked three in a row to give Samoa a 16-14 lead at halftime, when it began raining.

Seniloli completed his hat trick immediately after halftime, finishing a move in which Nagusa was again prominent.

Center Jale Vatubua ran off a pass from Nagusa and replacement Api Ratuniyarawa crashed over from close range six minutes from fulltime. Volavola kicked six goals from six attempts, converting all of Fiji's tries and a penalty from 55 meters.

"It was a great win and our bench was great and it showed in the second half," Fiji coach John McKee said. "This is a talented group and we have some younger talent emerging also. I believe this squad can improve further and our aim will be to make the quarterfinals in 2019."

Samoa's world ranking will fall to 16th on Monday, its lowest since the rankings began in 2003.

"We have to play home and away against Europe 2 in the next stage of qualification," Samoa coach Alama Ieremia said. "Some say it is a silver lining as we may end up in an easier pool, but to be honest that is little consolation tonight. 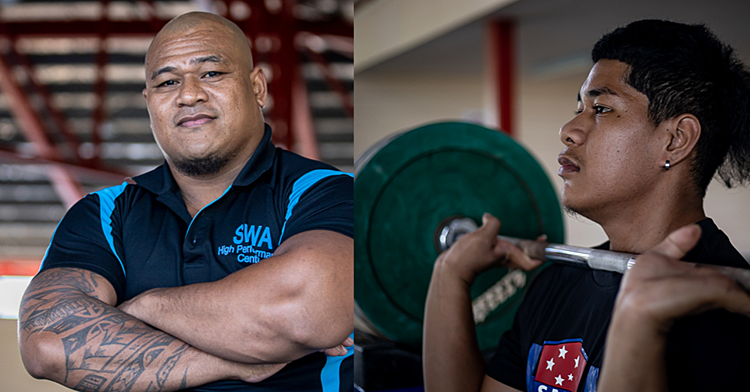